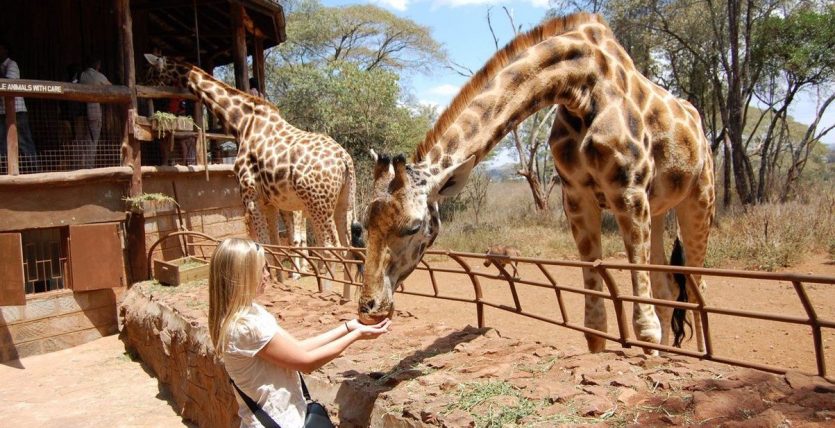 The Giraffe Center is located in Lang’ata, approximately 20 kilometres (12 mi) from the centre of Nairobi, Kenya. It was established in order to protect the endangered giraffe, that is found only in the grasslands of East Africa.

The Africa Fund for Endangered Wildlife (A.F.E.W.) Kenya was founded in 1979 by the late Jock Leslie-Melville, a Kenyan citizen of British descent, and his American-born wife, Betty Leslie-Melville. It has also become world-famous as a Nature Education Center, educating thousands of Kenyan school children every year.

At the time, the animals had lost their habitat in Western Kenya, with only 130 of them left on the 18,000-acre Soy Ranch that was being sub-divided to resettle squatters. Their first effort to save the subspecies was to bring two young giraffes, Daisy and Marlon, to their home in the Lang’ata suburb, southwest of Nairobi. Here they raised the calves and started a program of breeding giraffe in captivity. This is where the center remains to date.
The main attraction for both school children and visitors is feeding giraffes from a raised observation platform. The Giraffe Center is also home to other wild such as warthogs which freely roam the area along with the giraffe.