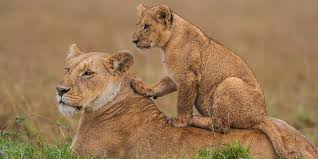 BEST TIME TO VISIT MASAI MARA
Masai Mara being an all year-round safari destination in Kenya, there is no real best time to go as there are abundant resident wildlife. However, if you wish to visit the Masai Mara for the wildebeest migration, the best time to visit for this famous spectacle is between July and early October although due to varying rainfall patterns, the exact timing varies from year to year. JANUARY: The herds are in Tanzania’s Serengeti, moving south from the north-east region and into the southern Serengeti, Ndutu area and Ngorongoro Conservation area – which often means out of the confines of the (unfenced) national park itself. It is calving season – prepare yourself for lots of Babies, and lots of gore as predators swoop in.
FEBRUARY: The good grazing of the Southern Serengeti, Ndutu and Ngorongoro Conservation area means the herds remain in the far south.
MARCH: They are still in the south but the grasses have all been munched up, the last calves squeezed out and the herds are starting to gather in preparation for the next leg.
APRIL: The wildebeest begin their northward journey, and many have left already and are in the central and even western Serengeti.
MAY: Wagons roll! The massed herds are on the go, huge columns of up to 40km in length can be seen as the wildebeest funnel up into the central and western Serengeti.
JUNE: Head for the central and western Serengeti – the herds are there and beginning to get a bit jittery, “trouble is coming”.
JULY: Book early – it is the Big Event: river crossings. The herds have reached the western Serengeti and Grumeti Reserves and are nervously peering at the brown waters of the rivers they have to cross because of the Five-meter-long crocodiles infested river.
AUGUST: The survivors stumble up into the northern Serengeti and begin crossing back into Kenya’s Masai Mara National Reserve. You will need a passport and a valid visa if you are not a resident to cross; the wildebeest however don’t need a passport and are visa exempt.
SEPTEMBER: The herds break up into smaller bite-sized chunks – about half of the animals remain in the northern Serengeti, the rest are “swopping stories” in the Masai Mara OCTOBER: Your best bet is the Masai Mara. The conservancies in the Mara are much less crowded and, not only will you still be able to witness the Migration, you will also be benefiting the Maasai communities who have lived in the area for thousands of years.
NOVEMBER: The short rains have begun, propelling the wildebeest to leave the now denuded grasslands of the Masai Mara and back into the rejuvenated Serengeti.
DECEMBER: Fresh grazing sees the wildebeest clustered in the north-eastern Serengeti (around Lobo in particular) as well as the southern Serengeti Tanzania. Calving begins again, the predators move in again, and the wildebeest get hammered.